WINES PAIRED TO A GREAT MEAL I NEVER ATE 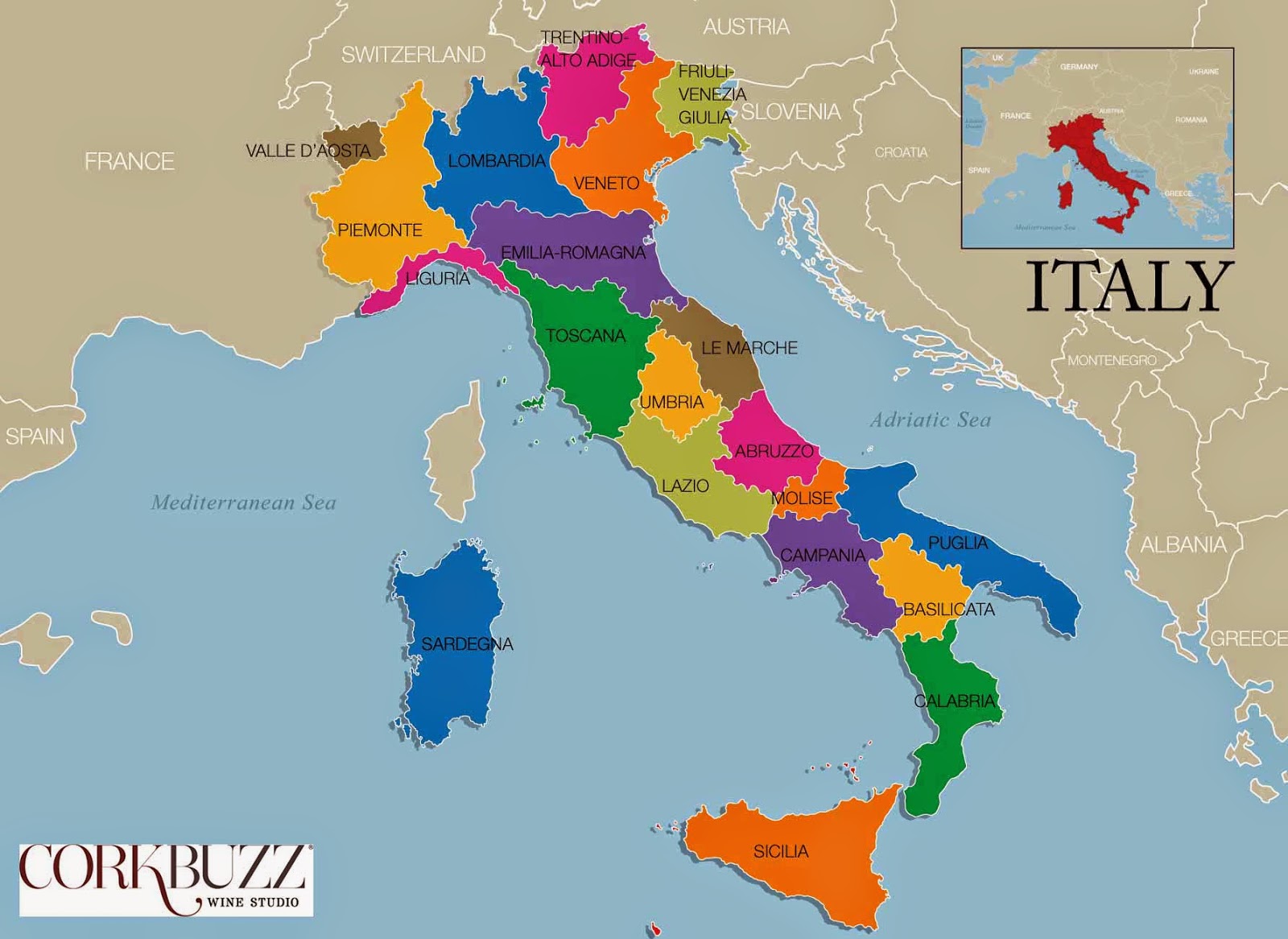 A San Francisco friend recently posted a Facebook photo of the impressive, multi-course menu you see below, a meal she much enjoyed at the Four Seasons, Maui. She then lamented that she knew little about the wines served. So here is my present to Sibel, a brief blurb about each wine. It will necessitate a whirlwind tour through Italy. 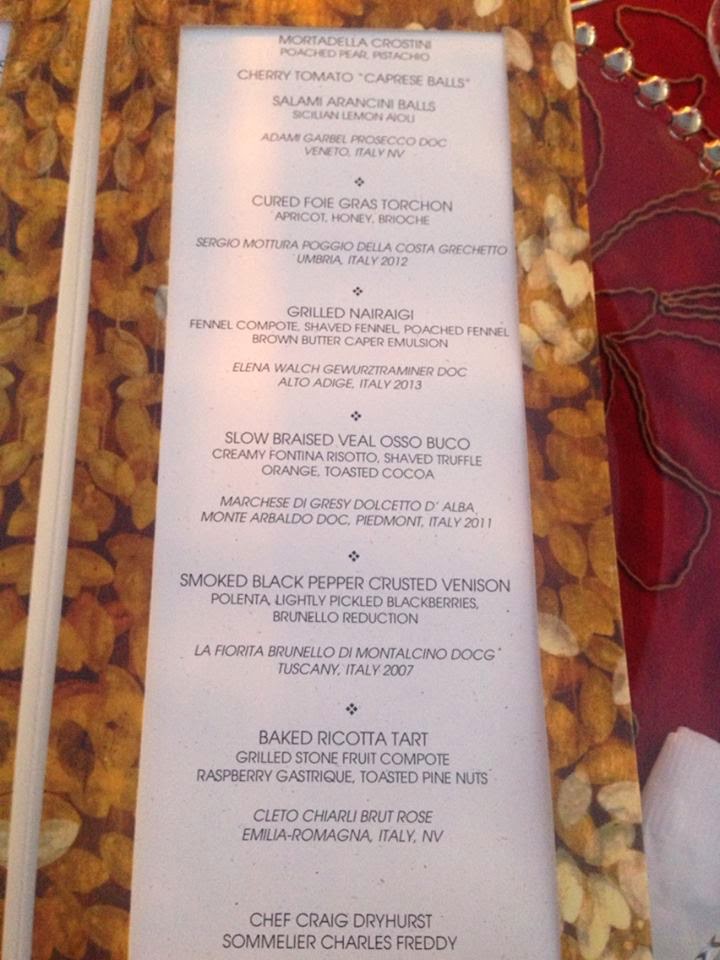 A bunch of appetizers, mortadella crostini, caprese balls and salami arancini balls,  were paired with prosecco, Italy’s champagne. Well, not quite! Hailing from the Veneto and Fruili-Venezia-Giulia regions (Verona, Venice &; Trieste being the main cities), prosecco is made from the varietal Glera, a few others also allowed in blends. Unlike champagne, the secondary fermentation process that creates bubbles occurs in stainless steel tanks, making prosecco much cheaper. It is also far from ceremonial. You won’t see any champion teams bursting prosecco bottles. Italians drink it on any occasion, non-Italians as an aperetif, as it was in this meal. It comes in a fully sparkling version, spumonte, and as a lighter frizzante.

Sibel’s next course was a foie gras torchon, torchon being a cloth-wrapped, usually cylindrical preparation of the famed goose-liver delicacy. The wine pairing was one I had to look up: a 100% grechetto (that’s the name of the varietal) from Umbria, a central region northeast of Rome, with Orvieto and Perugia as its better known towns. This is a white wine grape that is usually blended with others but can be found as a stand-alone in the region. The rest of the complicated name refers to the winemaker, Sergio Mottura, and the vineyard Poggio Della Costa, located within the wider Civitello d’Agliano commune. This was an intriguing pairing that I would have loved to taste.

Next came a grilled nairagi, a type of Hawaiian marlin, served with a Gewurtztraminer from Alto Adige, made by Elena Walch, a well regarded winemaker in the region. Northernmost in Italy, bordering Austria and Switzerland, the Trentino-Alto Adige region is more Germanic than Italian both in population and wine. Gewurtz, a well known white wine, sweet in Germany, drier in Alsace (another somewhat Germanic region in France), derives its name from the town Tramin, located in Alto Adige. The Italian  version tends to be crisp, full of tropical fruit and floral flavors and acidic, ideal for fish pairings.

Veal was paired with a dolcetto by Marchesi di Gresy (the menu misspelled Marchesi), a huge winemaker in Piedmont that makes a wide array of wines, owned by the di Gresy family since 1797. Dolcetto is the Beaujolais of Italy, a light, easy drinking red grape, ideal for pairing with veal, poultry or fish provided they are not served with heavy sauces. Piedmont, located in Lombardy, the northeastern corner of Italy, near Turin and Milan, is better known for its heavier, more age-worthy reds, Barolo and Barbaresco.

The meal progresses from lighter red meat and wine, to heavier, with venison and Brunello di Montalcino, the noblest and most elegant of Tuscan wines. Tuscany has recently become the most sexy region of Italy, with  Florence as its main big city, attractive for its landscape, historic towns, cuisine, olive oil, and wine. Made of 100% sangiovese grape, Brunello  (the word means “little brown”), grown and vinified in the scenic hilltop town of Montalcino, with its extended maceration and aging in Slovenian oak, is one of the most expensive wines of Italy, but worth it.

Like well composed music, the meal starts and ends with a sparkling wine, this one a rose made of 85% grasparossa and 15% pinot noir,  bright and fruity, with a creamy texture, a good accompaniment to what I imagine was a not-so-sweet, fruity dessert: baked ricotta tart with various fruits and pine nuts. It was made by Cletto Chiarli, one of the oldest winemakers in Emilio-Romagna, a region well known for its culinary prowess, with the town of Bologna its main center.

Wow! I feel full. And a bit thirsty. It’s time to hit my own stash of Alto Adige whites, a Terlaner maybe, in this warm, summer Saturday afternoon. I hope Sibel enjoyed her meal as much as I did writing about it.