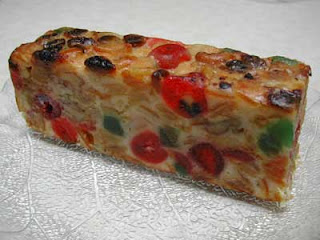 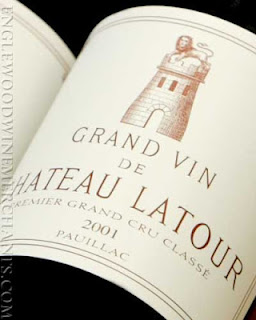 The late Johnny Carson used to regularly tell a joke every Christmas-time about how he thought the one same fruitcake made its rounds through all households in his Nebraska hometown. He disliked fruitcake and so did I, and I could see how this could be, exageration notwithstanding. I was reminded of Carson’s fruitcake by a provocative comment uttered by Kermit Lynch (for his photo see my last blog)  in his latest newsletter.
Commenting on one of his flagship labels, Domaine Tempier Bandol, he expressed curiosity as to why there isn’t an aftermarket for it, since it does not appear in wine auctions. It is certainly coveted and cellared by many, myself and all my wine-group friends included. Yet it is nearly impossible to obtain older vintages of Tempier for purchase. Kermit then answered his own puzzle. It must be that those who buy and age this wine ultimately consume it all themselves. Domaine Tempier buyers are not speculators using wine as a commodity or investment vehicle. They are true wine lovers who care about the wine for what it is.

“Domaine Tempier is the ultimate collector wine”, he then concluded. What a fresh concept!

When one thinks of collector wines, labels such as high end Bordeaux, Romanee Conti from Burgundy, Barolo and Sassicia from Italy, Heitz Martha’s Vineyard, Stag’s Leap, BV George de la Tour and others from Napa pop to mind. Why? Because these are the marquee labels regularly featured in wine auctions. They are a regularly recurring list of top names, essentially the Dow Jones Index of wine. But if these wines are being bought and sold for profit turn after turn who is drinking them? Aren’t they in a sense akin to Johnny Carson’s Christmas fruitcake, objects for denigration?

Shut your mouth Moris before you alienate your readers with an insult at the greatest wines in the world!

But hold on a second! I consider myself a “loyal and passionate” wine lover, as Kermit puts it, “with a bad habit of drinking all I buy.” If I were willing to part with the crazy prices charged for the Chateau Latours of the world, the premium clearly going into the greedy mouth of the speculation monster, I would eventually drink them all too, and never sell even one bottle.

It is not the wines that are to be denigrated, but rather those who enable them to make incessant rounds in the auction world, for they are disrespectful to these wines by treating them as stocks or bonds. Similarly we should not put down fruitcake. I am sure there are some out there who like it. It is those rude folks who second gift the fruitcakes they receive that should probably get the criticism, and when it comes to fruitcake I certianly would be disrespectful to it and move it on to someone else.

In the meanwhile I cannot help but lament the  Latours that are out of drinking range, making long term rounds in different cellars, to be sold over and over.