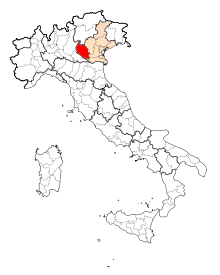 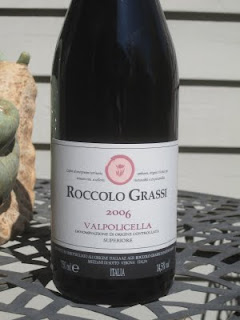 More than a decade ago I found myself in a then swank new restaurant in San Francisco for a business dinner. The occasion was a convention, and I was to meet a VIP CEO of a surgical implant company, who was hosting me, a valued client, at Farallon, still a trendy upscale seafood place near Union Square. It turned out that the Minnesota based CEO was a wine enthusiast, a typical Napa/Sonoma guy. His various lieutenants who accompanied us to the dinner informed him of my interest in wine and he handed me the wine list. After a diplomatic choice of Napa and French selections to satisfy him and me, we settled in to appetizers and conversation.
The group sucked down the bottles I had ordered before the appetizers were cleared off. That’s when a discreet waiter approached me, the wine director of the evening and whispered, “may I suggest this for your next wine?”, pointing to an item on the list. I thanked him and said I wanted to re-examine the list. After he was out of earshot I uttered a line to my dinner companions that has since become legendary. I said, “not only would I not spend my money on this wine, I wouldn’t spend yours either!”
They were all stunned, because they were not accustomed to a client who cared about how much anything cost, so long as someone else was paying for it. But the wine proposed to me had so outraged me that my sentiments were genuine. It was a Valpolicella for the then astronomical price of $150. Instead I ordered a sure hit, Vieux Telegraph Chateauneuf du Pape for $75. Ah, those good old days when you colou get Vieux Telegraph for less than $100 in San Francisco restaurants.
Two weeks ago, in another relatively new, trendy San Francisco restaurant, Perbacco, dining with our friends Ken and Greg, a couple from the East Bay we actually met in Turkey, I ordered the bottle you see above. Yes, it was a Valpolicalla, and it was superb. It was around $57 or so. It retails for around $35. The wine was so good that I immediately began searching the Internet for more, and have since come to possess several 2006’s, and a case of 2007.
Sometimes in a restaurant the impressions can be faulty, with all the food, noise, conversation and other distractions going on. I needed to be sure. So I brought a bottle to my Friday night wine group. They all guessed it Rhone, and they loved it. Still not certain, I then opened one at home just for Julie and I. That’s when I truly realized how good this wine was. Fruit forward, and yet not overly ripe or over-alcoholed, the wine indeed had some smoky, tobacco-like dark berry characters we associate with Rhone, although its nose is anything but. It’s smooth and elegant. It does not have the lean, overly acidic character that I associate with Italy. So what happened here?
Did Valpolicella change, or did I?
Located near Verona, the home of Romeo & Juliet, also known as “the pearl of Verona”, the Valpolicella region has been producing wine since Greco-Roman times. It’s noble grape is Corvina Veronese. A bunch of other grapes are blended in the final product, including the lower quality Rondinella and Molinara. There are various product labels from the region, including Valpolicella Classico, a lesser label and Valpolicella Superiore, the label on my new love. To classify for the latter the wine has to be aged at least one year and have an alcohol content greater than 12%. Then there is Amarone, also produced in this region which carries a higher cache.
Valpolicella received a DOC designation from the Italian government in 1968 and soon thereafter there was an explosion of production volume in the region, with a concordant drop in quality. Those of us who were adults in the 1970’s remember the TV commercials for cheap Valpolicella’s like Bolla or Soave, that gave the region a bad name. The same process is now afflicting Australian wines. Image and branding being superior to anything in the wine industry, the Valpolicella of the ’70’s created a deep hole for its inheritors to climb out of.
It appears that they are finally doing so. Roccolo Grassi is the creation of a young winemaker Marco Sartori, widely acclaimed by critics for his products. It epitomizes the rebirth of the appellation with a somewhat New World style for Italy and yet maintains its Old World roots. The grape mix is 60% Corvina Veronese, 15% Corvinone, 20% Rondinella, 5% Croatina. The style is more fruit forward than typical Italian, and more restrained than typical New World, but still well balanced and elegant. And it is surprisingly Rhone-like.
There is no question Valpolicalla has changed. For the better. As for me, I am drinking more Italian wines, not just this Roccolo Grassi, but especially a lot of Italian whites. But it’s rare for me to really fall in love with an Italian label, as I have with this one. One thing however has still not changed. The only Italian wines I seem to like are still those which speak with a French accent.