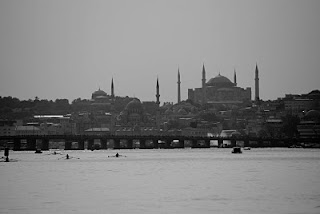 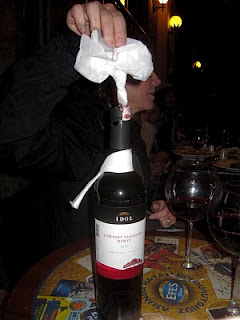 Greetings from Turkey. Travelling in my original home country for two weeks I have found myself in a wine desert. While I am quite sure of the existence of a fine wine culture in the country, especially in Istanbul, I am not on a kind of trip that allows any exploration of it. My Turkish friend Selim Hacisalihzade, who has lived in Zurich most of his adult life and knows French wine in particular, met me on our first night in Istanbul. He now divides his time between Switzerland and Istanbul. One of his first admonishments to me was that I should not drink Turkish wine; “it’s too expensive and the quality is not good”, he said.
Needless to say I ignored his advice and tried a few bottles. The most ubiquitous label in the country is Kavaklidere, and another label that belongs to this winery called Angora. This is like the “Gallo” of Turkey. An Ankara based winery, it has been around for many years as the first non-state-monopoly wine producer in the country. The wines are of the same quality as bulk wines we find in U.S. supermarket shelves.
As we traveled through the Aegean and Mediterranean Coasts we tried some regional wines which went straight into the sink after a first taste. No use ingesting unwanted calories and whatever alcohol allowance we have on these. The prices were in the $15-20 range.
The only wine that I actually finished without dumping is the one you see on the above photo. I ordered it in an outdoor cafe in the Pera district of Istanbul which is a very lively entertainment center. The crowds filling Istiklal Caddesi, its main boulevard, are so thick that you are shoulder to shoulder with everyone at all times. This cafe featured a young duo singing corny old American Rock and Roll and Country tunes. They were not too bad, and certainly quite entertaining. The wine went well with the outdoor festivities in a side street off the main drag where the cafe was located.
Looking it up later I discovered that Idol is a relatively new winemaker in the Izmir region (Aegean, 3rd largest city in Turkey), which is experimenting with traditional European varietals such as Tempranillo, or Cabarnet/Merlot the ingredients of this particular bottle. It cost around $35 in the cafe. After corking the bottle, the waiter ceremoniously engaged in an oregami-like ritual to create the paper-cork you see in the picture, which protected the wine for the duration of its remaining life. This was without doubt the most peculiar new experience for me in Turkey, as I went on to observw numerous other changes in my old country.
The trip has otherwise been spiced up with the ever present Efes Pilsen beer for lunches, and the Turkish national drink “raki” for dinners. The latter which is called “ouzo” in Greece and “pastice” in France, is like anise flavored vodka, and raki connosseurs much like those of vodka, seem to have different preferences for different brands. I can’t tell much. All raki tastes alike to me, he same as all vodka.
“When in Rome do as the Romans do”, the saying goes; and when in Turkey drink raki. As the trip continues into its second week, I can’t wait to get home and open a nice bottle of Chateauneuf du Pape or Vacqueras.
Moris Senegor

A SIMPLE AND SATISFACTORY WINE