THE FRUITS OF APPELATION PROLIFERATION PART II: HOW DO WE BEST BENEFIT FROM IT 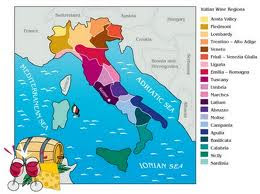 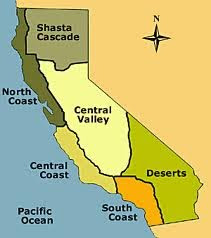 Last week I commented on the news that an appellation in Sonoma that makes no geographic sense is being targeted for revision, albeit with much resistance, for such designations, from the standpoint of wineries, amount to a revision of their trademark status. Some benefit from revisions, others don’t. Hence the controversy.
While wineries line up to arrange appellation borders to best suit their business needs, what are we, wine consumers are to make of the entire concept of appellations? Is there any use in this for us? How can we keep up with nearly 200 appellation designations in California alone, let alone the rest of the U.S. and the world?
I think that categorizing wine in terms of appellations does have certain use for the consumer. At the risk of venturing into my “day job”, allow me to engage in a tidbit of neurobiology. There are thousands and thousands of wineries out there. The human brain is not a computer and cannot accurately store or retrieve such information at computer speeds. Instead we are wired for pattern recognition. Thus we have to organize the bewildering array of wines out there into progressive categories, kind of like Russian dolls, starting with big ones, and as we get into each, smaller and smaller subsections.
The big categories could be a varietal, say pinot noir, or a large geographic region, say France or Italy. When we peel this Russian doll, the next one that appears is large regions within such countries. In France it could be Champagne, Brugundy, Bordeaux, Loire etc. In the U.S. it probably subclassifies according to different States such as California, New York or Oregon. The next Russian doll is the greater appellation. Within California this could be Napa, Sonoma, or Central Coast. In Oregon it could be Willamette Valley, Eugene or Ashland.
After the larger appellations, with appellation proliferation we now have an increasing number of subappellations, yet more Russian dolls. As I indicated in my previous blog, the more commercially successful an area, the more such sub-appellations it will have, driven by the wineries in its region to distinguish themselves from the rest. Thus you’ll find less appellations in the state of Michigan than you would in the geographically very small region of Napa.
After these comes the individual wineries. These are the truly bewildering lot.
Obviously no one can remember hundreds of appellations. My suggestion to make the concept useful, is for those interested to pick certain wines, varietal or country based, that they like, and latch on to a few appellations where this wine is expressed well. If you do so, you will find that it becomes easier to organize the bewildering array of wineries by such regions when encountering unfamiliar lists, such as restaurant wine lists, or a new wine shop.
Let’s look at an example. Take Italy, a region that I still do not feel have a full grasp of. It has more appellations than I can fully remember. Some are well known: Tuscany, Piedmont for example. I have added a few more to it by exploring the region both by travel, and through wine shops. So let’s now add Veneto, Alto-Adige, Sicily, Abruzzo, and Campagnia. I probably already know more about Italy than most. But, believe it or not, I am scratching the surface. There are many more appellations in Italy that I still have not fully grasped.
Now let’s go to a fancy Italian restaurant in San Francisco. “Oh, my God!”. They just presented me with a 35 page, encyclopedic wine list, 90 % of which is Italian, subdivided into all these appellations I may or may not know.
All right, no problem. I know that Tuscany & Piedmont are expensive, because they are well known and popular. I skim these sub-lists, and sure enough, often they are indeed too pricey. Well then I can go to the other few I do know. Right now Abruzzo is still a good bargain. So I can match a price I want to pay with a wine label I have never heard of, and chances are the results will be just fine. This is because the appellation, as a trademark, will force its wineries to deliver a certain consistency in its products.
Sometimes you might feel adventurous and learn a new appellation right there in the restaurant. With a helpful sommelier this could be fun, as long as he/she doesn’t steer you to higher prices than you are willing to pay. I have been introduced to many a new appellation that way over the years, which I then subsequently explored in wine shops and other restaurants.
Focusing on wine by appellation creates a certain colorful exploration potential without the risk of being lost. If you look at appellation proliferation that way, it ceases to be a frustrating diversification into more and more unintelligible lists, and morphs into new areas for adventurous exploration.
I will share some of the specific appellation rules I use when buying wine in a future blog.