“High extraction,” I said, describing an Italian wine during our Friday night tasting group. It was a 2007 Campaccio Terrabianca,  a super-Tuscan,  Sangiovese fortified with Cabernet and Merlot. 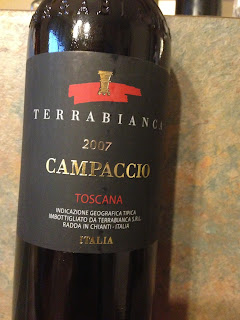 The comment provoked a challenge from a member of our group, a relative newcomer with Italian roots, who took umbrage at the slight – it was indeed a slight – and asked me what exactly I meant by “high extraction”. If I perceived a fruit forward style or high concentration, then why didn’t I say so?
The wine was fruit forward and concentrated, but I had meant something else. I had no answer at that moment. So I promised him a blog. Here it goes:
The word extraction, usually used within the context of red wines, refers to the taking of colors, flavors, tannins and various chemicals (phenols, glycerol, glycols, sugar, proteins, pectins, esters and more), from the grape during the winemaking process. These impart unique flavors and odors to the wine that distinguish it from others. 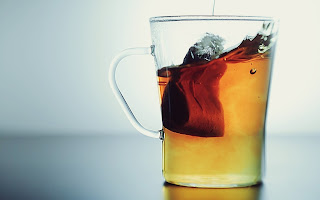 The process of extraction, while a bit more complicated, is no different than making tea with a tea bag. The longer the bag stays within the hot water, the higher the extraction. The tea becomes more concentrated, flavorful, and has more caffeine.
In winemaking, these various chemicals are extracted mainly from grape skins, sometimes also from stems, in a process known as maceration. 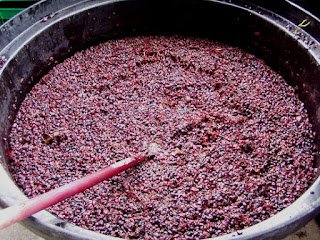 After crushing the grapes, red wine fermentation begins with a semi liquid mass of skins and stems atop the juice, the most common first step in maceration. This mass is regularly mixed in with the juice to allow for extraction. As fermentation progresses and alcohol is produced,  extraction speeds up.  A key winemaking decision is when to stop this process and separate the skins from the juice. This is crucial in determining the final flavor profile of the wine. 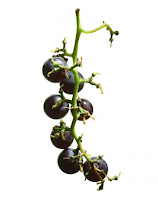 After separation, the winemaker is left with a juicy mixture of skins and pips. This is pressed to remove more juice and – guess what – more extract. This extra extract can be finished separately or blended back in. The extent of the pressing also adds to the character of the final product. If excessive, it may  lead to bitter compounds in the wine – an unpleasant, “stemmy” quality.
The process of extraction also determines the color of the wine, since color comes from the skins by way of compounds called anthocyanins.
Now that we have covered the technical process, let’s get back to what we, the tasters perceive as extraction.
Calling a wine “over” or “under” extracted requires knowledge of what is expected form a given varietal or terroir.  Let’s take two examples from different sides of the spectrum. 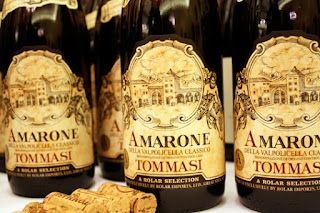 Port and Amarone are two wines that are expected to deliver huge fruit, alcohol and flavor. One can hardly call these “over-extracted.” They are so by their very nature. 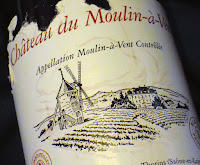 Beaujolais and Dolcetto, on the other hand, are thinner, lighter wines.  We do not expect massive fruit and structure from them and if they deliver this (some Cru Beujolais nowadays do) we can be justified in calling them “over-extracted.”
Most reds fall somewhere between these ends of the spectrum. In addition to winemaking manipulations discussed so far, home soil and climate also feature prominently in the final style of wines. For instance warm weather reds offer more to extract, and are more apt to appear highly extracted than cool weather ones. Reds from the New World are generally of higher extraction – as a matter of style – than those from the Old World (although nowadays there are numerous exceptions to this generalization). 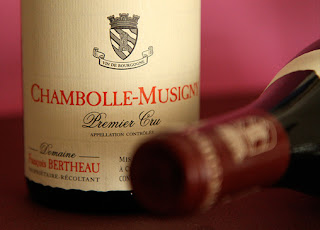 The issue comes to a head with one varietal where passions peak: pinot noir. This is an inherently delicate grape that should be produced in a light, silky style. In the days before PC, the wine was referred to as feminine. In its original home, Burgundy, France, it is mostly produced that way. In many New World appellations however, it is over-extracted, and tastes like Syrah. California abounds with countless examples of such pinots. 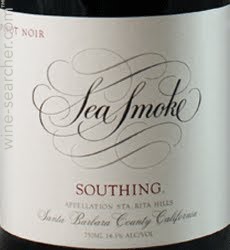 “Extraction” therefore, is, to a large extent, in the eyes of the beholder. It depends both on what the taster expects from a given varietal or terroir, and on what he/she likes. 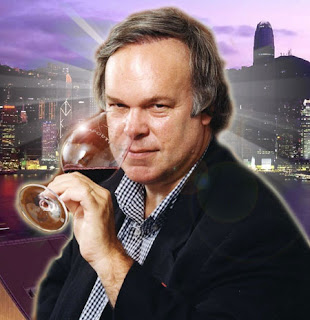 It turns out that I am not alone in uttering the word “extraction” frequently. Robert Parker Jr., the most famous wine maven of all, has apparently used the word 900 times in 30,000 tasting notes. So he should. After all, he is infamous for moving the red wine world toward an over-extracted aesthetic.
As for the 2007 Campaccio Terrabianca, I was correct with my proclamation. It was from Tuscany, made mainly of Sangiovese, a grape that produces lighter wines. But with French varietals added on, it was in a style that pleased Parker. Over extracted.