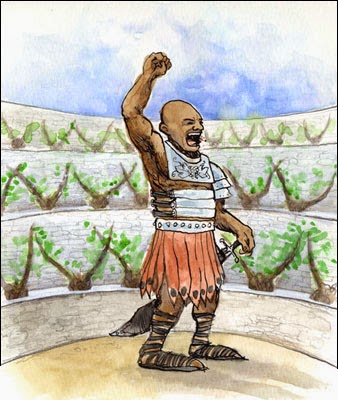 “This is a syrah oriented wine group,” said Todd, a relative newcomer to our Friday night tastings. It was a surprising revelation.

A large tasting had just ended, seventeen bottles sampled by sixteen of us. Since our tastings are free-style, no pre-announced themes, no formal invitations or RSVP’s, there is a certain unpredictability to Friday nights. Yet, as it turns out, there are also some predictable trends.

On this occasion we had six syrah based wines, the most common varietal that appeared,  Cabarnet Sauvignon coming second (two Napa, two Bordeaux). There were no pinot noirs.

I now realized that indeed, in recent years we have sampled more syrah than any other varietal, mostly Rhone, some California, in the process becoming proficient at identifying the nuances of various vintages and appellations.

There was a time, back in the 1990’s that our group was mostly pinot noir oriented, especially Burgundy. In those days, long before the present pinot craze, we debated the nuances of different Burgundian villages, some of which we became expert at reliably identifying in blind tastings. We also acquired a shared knowledge of Burgundian vintages from the late 1970’s onwards that we put to good use.

Those were lean times for California pinot noir when winemakers still struggled with this fickle grape. Nonetheless we admired the few successful ones like Chalone and Acacia, and  followed the emergence of Oregon, which emulated Burgundy well, with interest.

Were we anticipating a trend that exploded on the wine scene a decade later? If so, are we doing the same with syrah nowadays?

To be sure we still taste plenty of pinot noir, although most  are domestic, and the grape no longer dominates our sessions. Burgundy has all but disappeared from our lives due to ridiculously expensive prices  and frustrating unpredictability in quality. We no longer know or care about the post-2000 Burgundy vintages. Domestic pinot noirs, despite their ever increasing diversity, have become predictable, posing little challenge to us in our blind identification game on Fridays. They basically come in two general categories, those true to the grape, easy to identify, and those catering to popular taste with high extraction and high alcohol, not worth bothering with.

We also taste a lot of Bordeaux, thanks to several members of our group with wide-ranging collections, and we enjoy them enormously. But Bordeaux has also become prohibitively expensive in current vintages. Its prevalence in our tastings is likely to last as long as those cellars do.

In the meanwhile the Rhone region of France produces countless varieties of syrah-based wines from various appellations, each with their own nuances, interesting for our palates and challenging on Fridays. Since 2000 all vintages have been good except for 2002 and 2008. Most important, they remain affordable and high quality. Even Chateauneuf-du-Pape, the top-of-the-line in Rhone, produces a fair amount of good, reasonably priced bottles amid traditional favorites with eye popping prices.

Syrah remains a versatile grape, ubiquitous and variable in style across the world. We have yet to explore other regions with large syrah production, most notably Australia. If we have unknowingly anticipated the pinot noir trend years ahead, maybe we are also doing so with syrah. It took a newcomer to point it out to us. It will take many more years to know for sure.