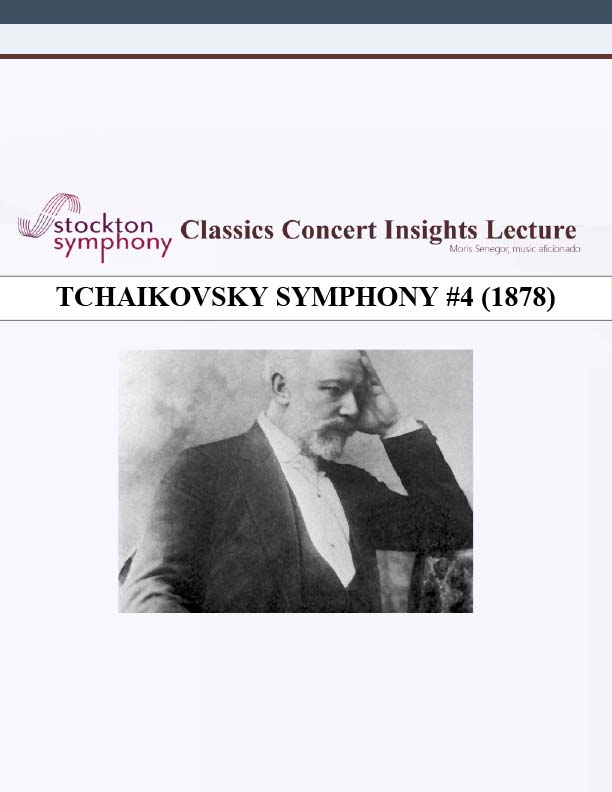 “In essence my symphony imitates Beethoven’s Fifth.” Tchaikovsky, (in a letter to his pupil Taneyev).

“To the end of his life Tchaikovsky thought himself clumsy about form. Let us say that he could be painfully academic and astoundingly adventurous, and that he could miscarry at both extremes.” (Michael Steinberg).

“My symphony is definitely the best work I have written so far.” Tchaikovsky, in a letter to his brother Modest, Fall 1877.

“Composers should not be penalized for writing accessible works if the compositions also show much ingenuity – and I personally think Tchaikovsky does just that!” (Peter Jaffe).

“The Fourth Symphony is a true piece of emotional autobiography.” David Brown.

Tchaikovsky’s Fourth Symphony is an amalgam of Beethoven inspired “Germanic” craftsmanship, and a Russian nationalistic aesthetic that was pervasive in its time. It has survived in the repertoire as a frequently performed work because of the originality of the former, and the beauty of the latter.