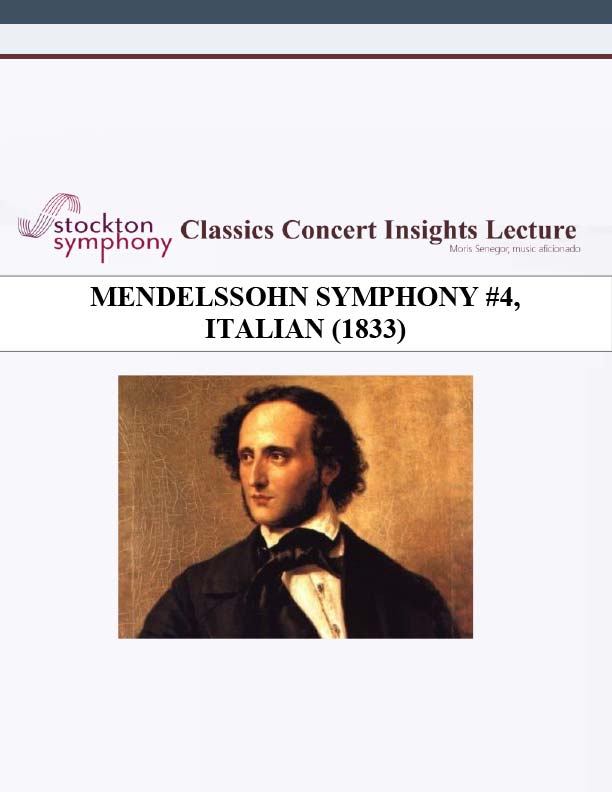 “It’s hard to imagine that any musician has ever had trouble with the Italian Symphony unless it was sheer envy…The surprising exception is Mendelssohn himself.” (Michael Steinberg)

“Posterity has never quite forgiven Felix Mendelssohn for being happy. His offense was compounded by his being rich….in funds, ..friends,….family affection,….admirers.” (Downs)

HISTORY OF THE ITALIAN SYMPHONY:

These do not have a running plot. They can be considered as a series of Italian vignettes, viewed through the composer’s youthful, and German eyes.

The introduction of a new theme in development and its juxtaposition with the main theme of the movement mirrors the first movement.