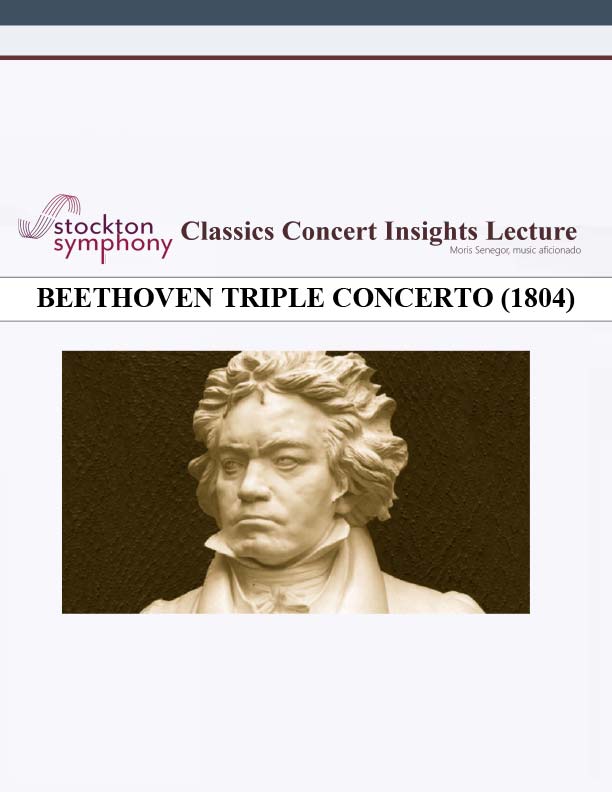 CONCERTO IN C MAJOR FOR VIOLIN, CELLO AND PIANO

HISTORY OF THE TRIPLE CONCERTO:

NOTES ON THE CODA:

FINAL COMMENTS ON THE FIRST MOVEMENT:

NOTES ON THE THIRD MOVEMENT:

ACADEMIC CRITICISMS OF THE TRIPLE CONCERTO:

IN DEFENSE OF THE TRIPLE:

“…if it were not by Beethoven but by some mysterious composer who had written nothing else and who had the romantic good fortune to die before it came to performance, the very people who most blame Beethoven for writing below his full powers would be the first to acclaim it as the work of a still greater composer.” (Tovey)