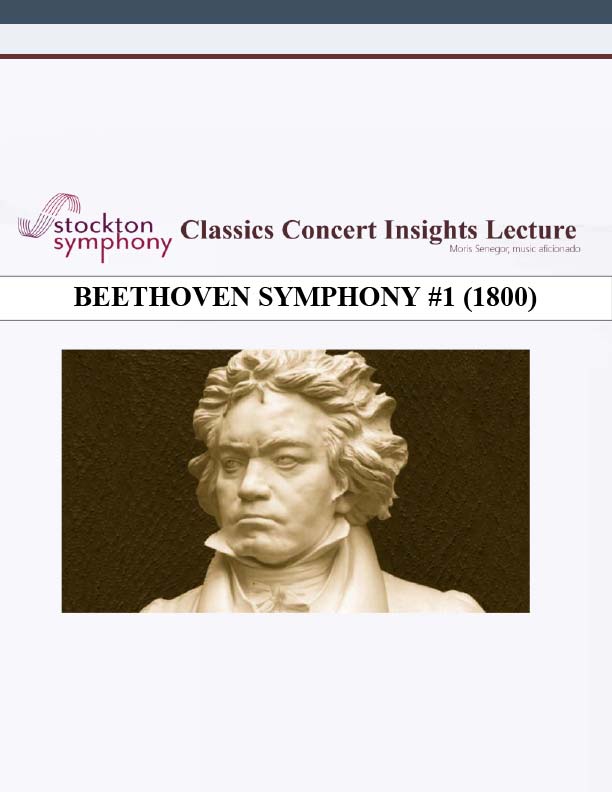 “Beethoven is a bridge between the restrained, aristocratic spirit of Classicism and the fiercely individualistic style of Romanticism.” (Greenberg)

Even though Beethoven labeled this a “minuet”, a triple meter dance with moderate tempo from the court of Louis IV, most scholars agree that this is, in fact a Scherzo. If not, it is at least a close precursor. Beethoven would not begin using this term, which means “joke” in Italian, until his Second Symphony onwards.

CONCLUSIONS: Classical or Not?

Nonetheless, Beethoven’s First remained his most popular symphony in his own lifetime, leading a Parisian critic to comment, ten years after its premiere, that its “astonishing success” was “a danger to musical art.” (Downs)