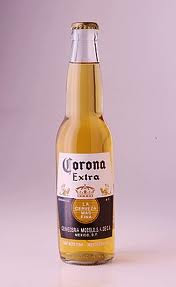 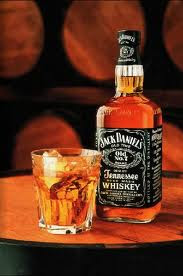 We tend to think of the wine world as mostly boutique wineries, and then a few large conglomerates. The latter, we think, are purveyors of mostly cheap, low quality wine for the masses. Well, think again. For those who haven’t noticed, the last decade has heralded an unprecedented consolidation in the wine industry that has led to numerous large groups owning many labels. If you go through full lists, you are likely to exclaim, “Really? No way!”, many times, as you identify your favorite labels within the vast line-ups of such conglomerates. Now with changing bussiness trends, so are the alignments.

Currently we are at the tail end of an epic recession which has led to a sharp decline in wine sales, causing some conglomerates to re-evaluate their winery purchases. The other big trend in current times is the spectacular collapse of the Australian wine bussiness under the weight of its own high volume, and mostly low quality. Large scale divestiture from Australian wine is now also in the headlines.

The first headline I noticed this week was from the Wall Street Journal; it proclaimed, “Brown-Forman seeks to sell its wine bussiness”. It turns out Brown-Forman is the tenth largest conglomerate in terms of U.S. bussiness. This Louisville, Kentucky based company is best known for its ownership of Jack Daniels whisky. They also own Southern Comfort, Early Times, Chambord liquor, and Finlandia vodka, among other hard liquors. Their wine holdings include Korbel “champagne”, Fetzer wines, Bel Arbor, Jekel, Bonterra, Sonoma-Cutrer and a few others. With sluggish wine sales, lately accounting for just under 10% of their net sales, the company has decided to divest. Fetzer, their flagship wine in particular has slipped, while Bonterra and Sonoma-Cutrer, their high end labels are still selling well.

The healthy bussiness of their high end labels despite the recession doesn’t seem to matter. One of the not-so-well-kept secrets of the wine bussiness is that it is the low-end wines that are the profit center. The more celebrated labels tend to bring prestige and brand recognition, but alas, not cash flow. We know this locally from Mondavi’s Woodbridge, here in Lodi, which was their big moneymaker, while such lofty titles as Robert Mondavi Reserve Cabarnet received all the accolades.

Based on their actions, it appears that Brown-Forman value their hard liquor bussiness more than their more fickle wine division. They are not alone. Constellation, one of the biggest conglomerates, which made headlines in recent years with its purchase of Robert Mondavi, is also divesting. The world’s biggest vintner by sales volume, Constellation is selling most of its non-U.S. portfolio (Australian, New Zealand and S. African) to an Australian buyer. Initially announced in the WSJ a couple of days ago, the deal is now all over today’s newspapers. Interpretation: they have dumped the miserable Australian market. According to the articles, Constellation, which also owns Corona beer, Svedka vodka, Black Velvet whisky and other liquors, will now concentrate in “mid-priced” U.S. wine labels for profit. These include Mondavi Woodbridge, Clos du Bois, Geyserville, Ravenswood and others. The high end Robert Mondavi stays in the line-up.

Earlier in the year, a trade magazine “Wine Bussiness Monthly” reported that Constellation skipped from the #2 position in the U.S. vintners list to #3, mainly because of an earlier divestiture to a company called “The Wine Group”, who own Concannon, Almaden, Glen Ellen, Inglenook and Paul Masson. They will now undoubtedly fall further in the top wine sellers list, without much chagrin I suppose, since aggressive acquisition of wineries has come to a major indigestion in their corporate bellies.

Wine is not just about tasting and intoxication. More and more, it is about image! For any individual, the wines they like to drink, to be seen in public with, to serve to their guests, reveal something about their image. In the snobbish circles where I find myself, we don’t want much association with such mass-market, “wine-factory” conglomerates that have contaminated the meaning of the word “fine wine”. There used to be a distinction between bulk wines such as the kinds made by Gallo, Sebastiani, Bronco and others, versus the boutique wines crafted by individual wineries. These conglomerates have found a middle ground between the two, and in the process offended our snobbish sensitivites.

I can’t help but observe the predicaments of Brown-Foster and Constellation with glee. Serves them right! At least outfits like Bronco (maker of the now infamous “Two Buck Chuck”) make no pretensions about what they are: a cheap, bulk label. These others who have highjacked the prestige labels in order to sell their bulk stuff for high profit deserve some pain. And who is to give it to them better than the very same market that they have attempted to manipulate.

BY THE GLASS? NO, THANKS!