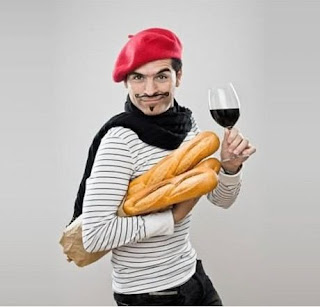 I recently hosted a Parisian friend in San Francisco. He is a wine enthusiast and we share a common interest in Bordeaux, Burgundy and Rhone wines.  Figuring that he hasn’t had much exposure to others, I arranged a non-French wine line-up for him. Over a weekend of tasting and dining, these included two California cabernets (‘06 Quintessa & ‘03 Jordan), a Russian River Pinot Noir (‘14 Arista), a Northern Italian Pinot Grigio (‘14 Scarpetta) and a Spanish Verdejo (‘14 Nisia).

“This wine is very good,” he said as he tasted the Quintessa, with lamb at Boulevard restaurant. 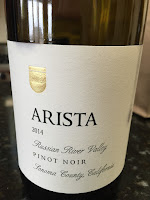 “This wine is better than the one yesterday,” he said, while sipping the Arista Pinot Noir in my house, the day after the Quintessa. 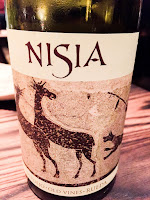 That same night he nodded approvingly as the crisp and fresh Nisia proved to be good company to Spanish tapas at Coqueta restaurant. As we were well into polishing off a second bottle of Nisia he raised his wine glass and released his overall impression of the wines he had experienced.
“This was all fine and good,” he said. “But I would never buy any wine other than French.”
There is was, French wine chauvinism candidly proclaimed.
Anyone who’s been to France can attest to the rarity of imported wines there, especially American. According to the USDA Foreign Agriculture Service, in 2014 the overall French wine production was 4.1 billion liters. During that time they imported 644 liters of wine, 16% of their overall production. Most came from Spain (44%). Their US imports, by volume, were only 1%.
By contrast, the US, which produced 3.2 billion liters in 2014, is predicted by Wine Economist magazine, to reach a 50-50 mark in sales of imports by 2025. In 2012, the last year for which statistics were available, 35% of US wine sales were imports. While these stats were based on volume for France and sales for the US, they nonetheless still demonstrate the great chasm between the two countries in consumer attitudes toward wine.
French protectionism is part of a greater social phenomenon that aims to protect French culture form contamination by others, wine being an important pillar of their culture.
I feel fortunate to live in the US for, among other benefits, it allows me a wider variety of experiences in all aspects of life, wine included. I did not make any remarks to my friend. He is about my age and his convictions are unassailable. 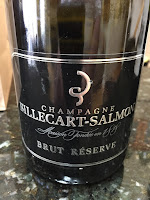 I was however glad to have served him one wine, at the very beginning of our weekend together, that he had never tasted and is likely to seek in France. It was a bottle of Billecart champagne.