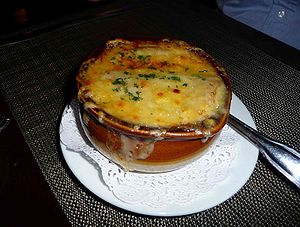 Two decades of wine tasting has sharpened what was previously the weakest sense in my body: my smell. I don’t know whether this is a blessing or a curse. At any given occasion, as I go through anywhere I sense countless different smells, usually subconsciously. Sometimes they interfere with whatever I am doing if the smells somehow don’t fit the occasion or setting. Nowhere is this more annoying than when I am wine tasting. .

I discovered this phenomenon years ago as a novice wine taster when we assembled for our Friday night blind tasting. Our hostess, a professional chef, who – shall we say – was excessively hospitable, made many post-tasting snacks for us. Among them were fried bananas. Her house, a relatively modest place with a kitchen close to her family room where we were tasting, filled with “fried banana particles”. I discovered then that there is nothing like an intense smell of bananas to kill your nose and palate for wine. All we tasted for the rest of the evening was bananas.

Another consistent annoyance has been wood burning fireplaces. These often emit smoke into a room, and while they create a cozy wintertime atmosphere, the ashy-smoky smell they create definitely clashes with wine appreciation. The biggest offender with fireplaces is none other than my friend George Heron who owns a wine shop and gives wine appreciation classes at the local university. Easily the most prominent wine maven in our town, George doesn’t seem to realize how toxic his fireplace is to our noses and palates. Every year I attend a traditional Thanksgiving party in his house where we taste a bunch of wines right in front of that cursed fireplace. If anything truly worthy of appreciation shows up, I usually have to excuse myself and take my glass into fresh air at his driveway, and taste after the smoke has cleared my  system.

But by far the worst offender, palate and nose killer, the worst annoyance of my wine world is French onion soup. For those of you who may not know, the soup is a composition of broth with onions and bread slices all submerged under a thick layer of melted Gruyere cheese. A delicious – and quite hip – comfort food, and a mainstay of all French bistros and brasseries, this soup emits the most invasive smells one can imagine,   a combination of cooked onions and sharp cheese.  It is the worst nose and palate killer.

Unlike the banana fritters or George’s fireplace, which are rare or occasional, French onion soup is like a virus, ubiquitous in those very places where an abundance of good wine is to be had, since it is served in restaurants which, being “French”, also concentrate on wine. My friend Larry Johannsen’s Wine Wizard’s here in Stockton is the prime example. I was moved to write this blog because tonight one customer ordered Larry’s French onion soup, and it stunk the whole establishment. It is impossible to smell or taste wine within its ambiance. Unfortunately countless other French bistro’s I have attended in the U.S. and France have also had this problem.

I have forbidden my wife from ordering this soup in my presence. It’s bad enough to evade its odors emanating from distant tables, but from across the table from me? No way! Thankfully she is a good sport and goes along with my seemingly eccentric demand.

So why do so many wine oriented establishments continue to serve this palate killing, aromatic soup, this taster’s poison? I have no idea. I suppose the two items, the wine and the soup are separately ingrained into our culinary culture as gourmet delicacies. No one seems to notice that they can’t possibly be experienced in each other’s presence. Except for me!

I do have other idiosyncratic aversions; for instance I think Birkenstock sandals are hideously ugly and, comfortable as they may be, I would never be caught dead wearing them, and I usually turn my eyes away from those who do. They are about as offensive to my eyes as French onion soup is to my nose. I also have lesser aversions to country music, tattooed and pierced faces, loudly laughing disruptive groups in restaurants and cafes, name droppers, and a few others. But I keep most of this to myself.

However, if I were to become a dictator of where I live, I would summarily ban only one item: French onion soup.