Have you ever been to a fancy restaurant and observed wine stewards ceremoniously decant every red wine ordered by every table? It can be quite a spectacle, akin to the changing of the guard in London, and in many occasions, equally as useless.

When to decant and when not is one of those conundrums that befuddles the novice and connoisseur alike. 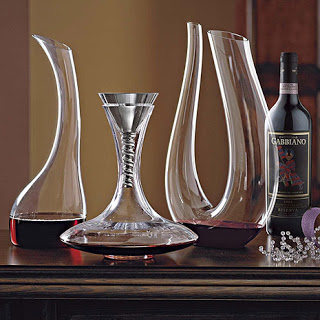 The ornamental aspects of the glassware aside, what does decanting actually achieve? A basic Wine Spectator article on the subject (top hit on a Goggle search) says that it has two goals: separate the wine from its sediment and tame the wine by exposing it to oxygen. 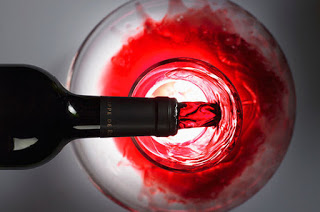 The first goal mentioned is not essential. There are less elaborate ways to keep sediment out of the glass. The second, sometimes referred to as “letting the wine breathe” is the main goal. Limited exposure to oxygen thus achieved, controlled aging if you will, can soften a wine and bring out more nuance. In some cases, early off-putting smells or flavors can also disappear.

With brawny young wines decanting is safe. These wines are resilient and can benefit from many hours in the decanter, oxygen exposure providing the equivalent of several years of aging in a cellar. With older wines on the other hand, decanting can be risky. Some die quite rapidly. The same Wine Spectator article advises, “A particularly fragile or old wine (especially one 15 or more years old) should only be decanted 30 minutes or so before drinking.” 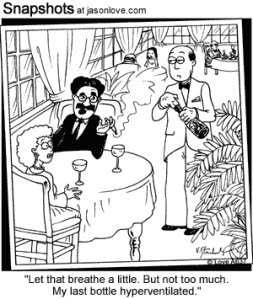 Sensible advice. But wine being what it is, there are countless exceptions to this rule, especially with large format bottles. 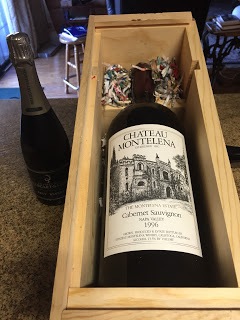 On New Year’s Eve 2015, I brought a 3 lt bottle of 1996 Chateau Montelena Cabernet Sauvignon for a party at Wine Wizard’s. Larry Johansen, the owner, kept that in a decanter for nearly four hours before serving. The wine, nearly 20 years old, was outstanding, smooth as silk. We kept dipping into that decanter for several more hours and it lasted just fine. 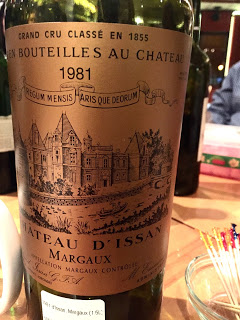 A more recent example provided an interesting experiment, pitting a decanted version of the same wine against a non-decanted one. It was a 1981 Chateau d’Issan, a Left Bank Bordeaux from Margaux, in a magnum bottle (1.5 lt). I brought it to Wine Wizard’s for our regular Friday night blind tasting.

I actually did not intend to decant it. I figured, “36 years old, decanting might be risky.” But then I had to do it for a totally different reason. When I attempted to open the bottle, its well-aged cork fell into the wine. Believe it or not, this mishap is the most common cause of decanting in our Friday night wine group.

The only decanter available was a 750 ml one, equivalent of a regular wine bottle. I poured half of my magnum into this. The other half went into an empty bottle which I filled to the neck and corked immediately. I now had half the 1981 d’Issan exposed to oxygen and the other half well sealed as if it were still in its original bottle.

The result was surprising.

When I originally poured the wine I took a quick sample and discovered a number of off-putting features: vegetative, slightly corky nose, short, tight profile in the palate, harsh tannins, short finish. These did not portend well for the tasting to follow. 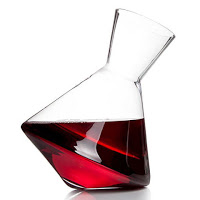 Later, when we began tasting our line-up, my wine came last. By then it had been exposed to air in the decanter for nearly two hours. The wine had lost all its early defects. It was now smooth, silky, complex in the palate and had a long finish. The initial disagreeable smells had been replaced by a classic Bordeaux nose. Everyone in the wine group recognized it as a good Bordeaux; many guessed it as much younger than what it actually was.

I then circulated the other half of the ’81 d’Issan, the one sequestered in a sealed bottle. It was as tight and vegetative as my first impression, thought it had shed those early nasties in the nose.

Several fellow drinkers commented that all old wine should be decanted for some period. How long? Your guess is as good as mine. Experiment at your own risk, as I did. Sometimes it was be rewarding.

COSTCO WINE; WHY NOT?