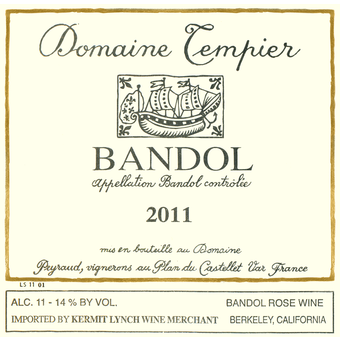 I once had a cross-eyed girlfriend. She was not grotesquely so, no Marty Feldman. She merely had one eye slightly off-kilter, but she was otherwise very lovely. Her eyes, so subtly but distinctly defective, in my eyes, added to her beauty. I was reminded of her last night, during our weekly Friday night tasting and mentioned it to my group as we were discussing defects in wine.

One of our traditional favorites, Domaine Tempier Bandol, that hails from southern Provence, along the Mediterranean coast, east of Marseilles, a wine that we think features the best expression of the Mouvedre grape, has undergone a sea of change. The 1980’s and 90’s vintages featured strong sulfury noses and plenty of Brett, faults that some would consider unforgivable, but that we thought endearing. In the 2000’s, after a regime change atop, Dm. Tempier wines were “cleaned up.”

Brettanomyces, affectionately known as “Brett” is a yeast, ubiquitous in nature, that commonly contaminates wines with various organic chemicals that are end products of its metabolism. While not health hazards, in high concentrations, these chemicals spoil the wine. There are many adjectives that are characteristic of “Bretty” wine: barnyard, cow pie, band-aid are a few. In lower concentrations Brett gives the wine a spicy, leathery character that many mistake as “terroir” and enjoy. We happened to to be such afocionados.

Brett contamination is often not restricted to an individual bottle but rather prevalent all over a given winery, the yeast gaining access through the incoming fruit on the skins, or setting up shop in wine barrels, old ones especially considered culprits.In an age of ever increasing science in enology, Brett prevalence is ironically, on the rise. This is because of the current trend towards natural or organic wine production that has turned its back on adding SO2 to the crush, the best way to combat Brett. Current “international style” of winemaking with high extraction, high alcohol wines also invites the yeast into the process through the ripe grapes used for this purpose.

I can only conclude that the sulfur we so loved in the old Bandols was a clumsy attempt to combat Brett that the winemakers undoubtedly knew was all over their winery.

Curiously, the new, more sanitized Domaine Tempier that emerged more recently is less to my liking, having lost its distinctive character for its terroir. It now tastes like many Italian wines, with a lot of acid that starts early in the palate and carries through, and fruit that to me, is more Sangiovese-like than the Mouvedre I previously adored. Plenty of the old vintages still circulate through our wine tastings, my group having accumulated the wine zealously over the years, making the contrast between young and old an odd testament to the beauty of defective wine.

All this came to the forefront last night while tasting a concealed bottle, trying to guess its identity. We unanimously guessed it as a wonderful old Domaine Tempier Bandol, so delectibly sulfury on the nose and deliciously Bretty all over. It was smooth and elegant in texture, an uppity version we presumed, a La Tourtine or La Migua.

Imagine our surprise when we unveiled the bottle and it turned out to be a 1990 Bordeaux, a grand label, Ch. Pichon Lallande. Who would have guessed?

It turns out that Bordeaux had its own Brett problems in pre-1990 vintages that they carefully tried to sweep under the rug. No one mentions specific wineries.

1990 was a very good vintage in Bordeaux and we have had countless clean, elegant wines from that year. We concluded that this particular bottle had to be a bizzare variation. In the meanwhile I engaged in my brief thesis on the virtue of defects and how they can contribute to beauty, with enthusiasm fostered by preceding wines circulating within. “It’s just like my old cross-eyed girlfriend,” I said, to much laughter.

No one laughed, however, when I emphatically guessed the last unknown bottle as obviously Italian, with big upfront fruit, lean in the mid-palate and short in the finish. It must be a Grignolino, I proclaimed. It was a 2011 Domaine Tempier Bandol.

A PAIR OF AMAZING CHEFS IN A HIDDEN GEM