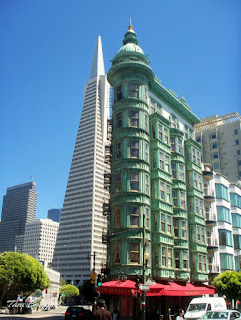 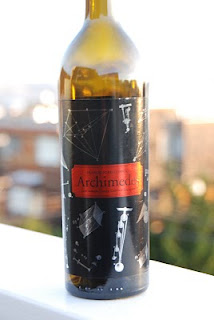 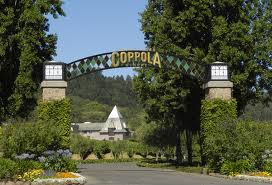 The esteemed movie director Francis Ford Coppola, of “Godfather” and “Apocalypse Now” fame, nowadays is more a winemaker than an artist, presiding over an ever enlarging wine conglomerate in Napa and Sonoma. As much as I have loved his great movies, I have intensely disliked his wines either for their quality or their price. I have not come near any Coppola wines in several years, until last night when Bobby, my wife Julie’s son, opened a “top of the line” label from his Sonoma outfit called “Archimedes”. I approached the bottle with much trepidation and reluctance.

Coppola got into the wine bussiness in 1975 when he bought the old Niebaum estate in the Napa Valley with the proceeds from “Godfather”. His first released vintage was 1977. Eventually he bought the old Inglenook Chateau, a magnificent estate, which he converted not only into an attractive tasting complex, but also a museum of his movie memorabilia such as his Oscars, the car from the movie “Tucker” and others. It thus became a must-see tourist site of the Valley. His flagship wine at the time was “Rubicon”, a Bordeaux style claret mix, which always sold for higher than average prices for its category.

When I visited Coppola’s Estate in the 1990’s and early 2000’s, he was then also diversifying into cheaper brands and mixes, bottled under his name. In those days I began disliking the outfit because they seemed elitist, more so than the countless others in the neighborhood. They always charged more for everything, including the tastings. Their staff had a certain “attitude” which I took as, “you should feel so lucky to be soaking up the famous Coppola ambiance”. Many who visited indeed felt so. Not me. It was a winery, and it took on airs of celebrity not earned from its wines.

Worse yet, none of the cheaper wines in his line-up were to my liking. His “Rubicon” was good, but not worth the prices he charged. Current release 2006 Rubicon is at $ 139 per bottle. For that price I can drink not one but several good mid-range Bordeaux which would be equally as good.

Coppola then decided to split his wine operation and moved all the “cheap stuff”, as I call it, to the old Chateau Souverain estate in Sonoma, on Highway 101 (the picture you see above). Napa and the museum were now reserved only for “Rubicon”, and thus re-purified into exclusive elitism. In the meanwhile the Sonoma operation looked essentially like a giant wine factory. I got to see its inner workings when my wife’s aunt Jill and her husband Bob who live in Santa Rosa took jobs in the tasting room and gave us a private tour. The ever diversifying Sonoma line-up, aimed to please the masses, remained not to my liking.

Now Coppola’s labels look like the pre-redesign GM line-up. There are 9 different brand categories with names such as “Sofia”, “Votre Sante”, and “Su Yuan”, within which there are countless bottles with varietals and prices to attract all. They range from $12 to over $100. The Archimedes that Bobby bought stands alone as a single label within a single category, something special. Bobbie and his wife Meghan were out at the old Souverain Estate getting their own private tour form Aunt Jill and Uncle Bob. They were more impressed than I.

And so I took a first taste of the Archimedes, and was surprised. While it had all the typical features of a Napa Cab, such as a hot, American Oak nose, big jammy fruit, and a slightly sweet flavor profile, it was smooth, silky and seductive. I am not sure I would pay $ 50 for it, but Bobby bought it with a “family discount” for $25, a price that might be more in keeping with the value of the wine.

For those not from San Francisco but who might visit, I added the photo of a historic building in North Beach at the foot of Columbus Avenue, and diametrically opposite the iconic Transamerica tower, where Coppola owns an Italian restaurant called Cafe Zoetrope. If you don’t want to venture all the way into Napa, you can taste his entire line-up in this joint. The food is about as good as any Italian you will get in the neighborhood, touristy and mediocre.

It’s time to return to the old Ch Souverain and re-visit Jill and Bob. I would rather watch one of the “Godfather” trilogies first and enjoy the truely precious fruits of Coppola’s labors. The wines will be for curiosity only.

DINNER AND WINE WITH A ROCK STAR, SAMMY HAGAR

CHOPPED, BUT WITH A GRAIN OF SALT