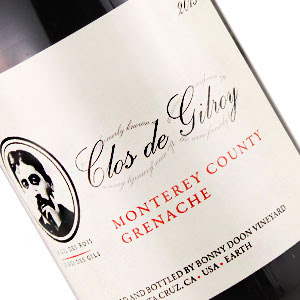 In a recent Friday night tasting a dark red wine appeared in a slope shouldered bottle,blinded as all our bottles are. It had a subtle smoky nose and clean, light-berry fruit with a dash of bacon. It moved on to a pleasantly fruity, unoaked, acid finish. It was an easy drinker, nothing magnificent, simple  but amiable. Many of us, myself included, guessed it as a Cotes du Rhone. We all liked it.

When unveiled, a surprise! It was domestic, from Santa Cruz, California. An old friend.

“I cut my Grenache teeth on Clos de Gilroy,” I remarked to my puzzled tasting mates.

Composed mainly of Grenache grown in Alta Loma, with an added dash of syrah and mouvedre, also locally grown, Clos de Gilroy faithfully follows the Southern Rhone style of well balanced, savory simplicity. It is one of many in the line-up offered by the famed Bonny Doon winery run by the now famous, maverick winemaker Randall Graham. 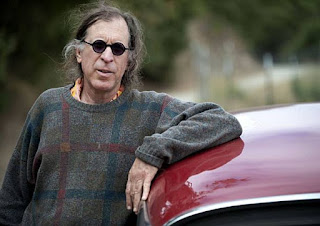 Graham has consistently replicated the Rhone tradition, with his own California style, and yet has stayed clear of the wayward practices of his fellow producers enamored by overextracted, high oak, high alcohol wines.

An unstoppable punster, Graham has coined many a whimsical label on his products, Cigare Volant 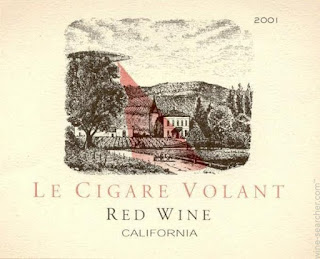 being his best known, representing his Chateauneuf du Pape inspired flagship wine. Graham himself appeared on a 1989 cover of Wine Spectator magazine as the original Rhone Ranger, a label that now includes numerous producers of Rhone inspired wine from Napa, Sonoma, Sierra Foothills and Central Coast, and their cult following.None is as well known or followed as Graham. 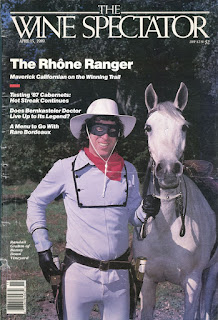 Those who are not familiar with the town of Gilroy won’t appreciate Graham’s humor in his Clos de Gilroy moniker. Located on Highway 101 between San Jose and Salinas, Gilroy used to be a rural backwater, best known as  the “garlic capital of the world”, that stretch of the highway permeated by the unmistakable smell of its famous product.  Gilroy was as far from snobbish wine elegance as one could imagine and it did not contribute any grapes to the wine. Nowadays it has achieved some degree of gentrification as a distant suburb of an ever expanding San Jose.

As Graham himself puts it, the wine “pays homage to the quaint rustic town of Gilroy, the spiritual locus of all matters alliaceous.”

Two decades ago, when I first joined our Friday night group, Clos de Gilroy was a regular staple of our dinners at Wine Wizard’s. It was cheap and it was good, effortlessly accompanying a diversity of dishes.  Its main flavors, permanently etched in my memory, were exemplary of the Grenache grape, a blending varietal that forms the foundation of many Rhone wines including Chateauneuf du Pape, Gigondas, Vacqueras and Cotes du Rhone. I learned Grenache from Randall Graham.

I had not run into Clos de Gilroy in recent years. It was good to meet an old friend and discover that it was still easygoing and better yet, still cheap. A current bottle is only $ 14.99.