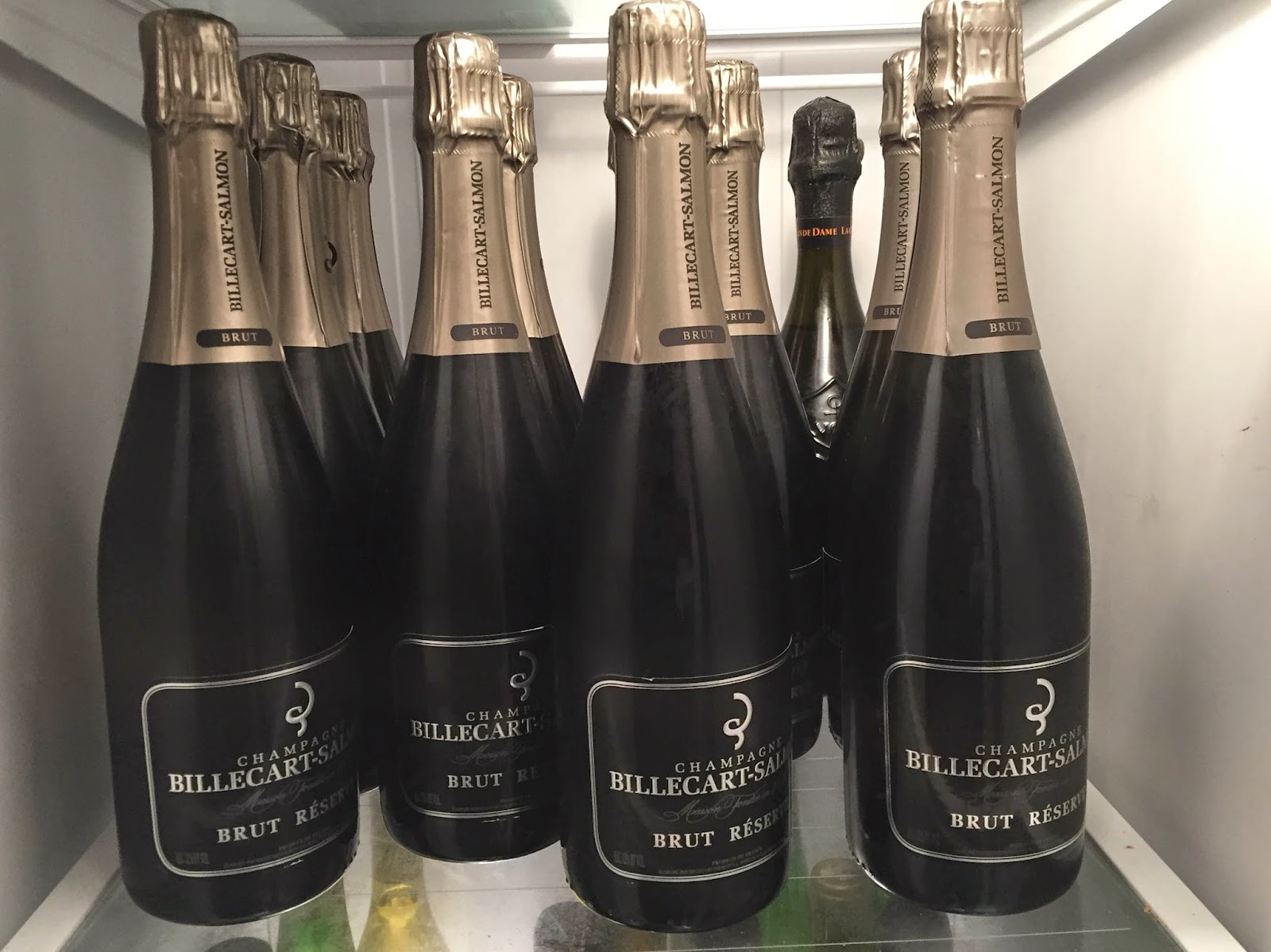 At first I thought it was a fluke, possibly some post-New-Year’s overstock sale at K&L, my main San Francisco wine shop. I happened to be there a couple of days after New Year’s and noticed Billecart Brut, my favorite champagne on the shelf for around $ 45. I took two to the sales clerk. It usually sells for around $ 55. He told me that with my member discount it was actually $ 39.99. I returned home a bit astonished. Within a few days, after coming to grips with what had happened, I went on-line and ordered six more.

When I announced this incredible deal to my Friday night wine group I received a response I should have anticipated.  “Can you get some for me too?” asked numerous people. After a head count, I ordered two cases and in the next few weeks distributed them among the group.

The champagne was good as ever. I came home from work and opened a bottle every so often, as if it were an everyday drinking wine. Why not?

I have always lamented that champagne is so ceremonial. It is nothing but good white wine with fizz. It should be consumed all the time. Part of the reason for its exceptional status is its price. But at $ 39.99 it was about the same as many domestic pinot noirs, Southern Rhone reds and a few others I drink every day.

By late February I had ploughed through my purchase and checked K&L for some more. To my surprise the price was still $ 39.99. I ordered yet more. My white wine fridge in the garage, a main storage for “on-deck” whites is now, for the first time ever, largely populated with Billecart.

What a run of good fortune, I thought. I wonder how long it will last. I still had not figured it out.

Then came the 2012 Chateauneuf du Pape’s that recently hit the shelves. Another favorite, Chante Cigale, was $10 cheaper than prior vintages; so was Chateau Veaudieu. In the meanwhile headlines in the Wall Street Journal began repeatedly announcing the remarkable drop of the Euro against the Dollar. Finally, I understood. 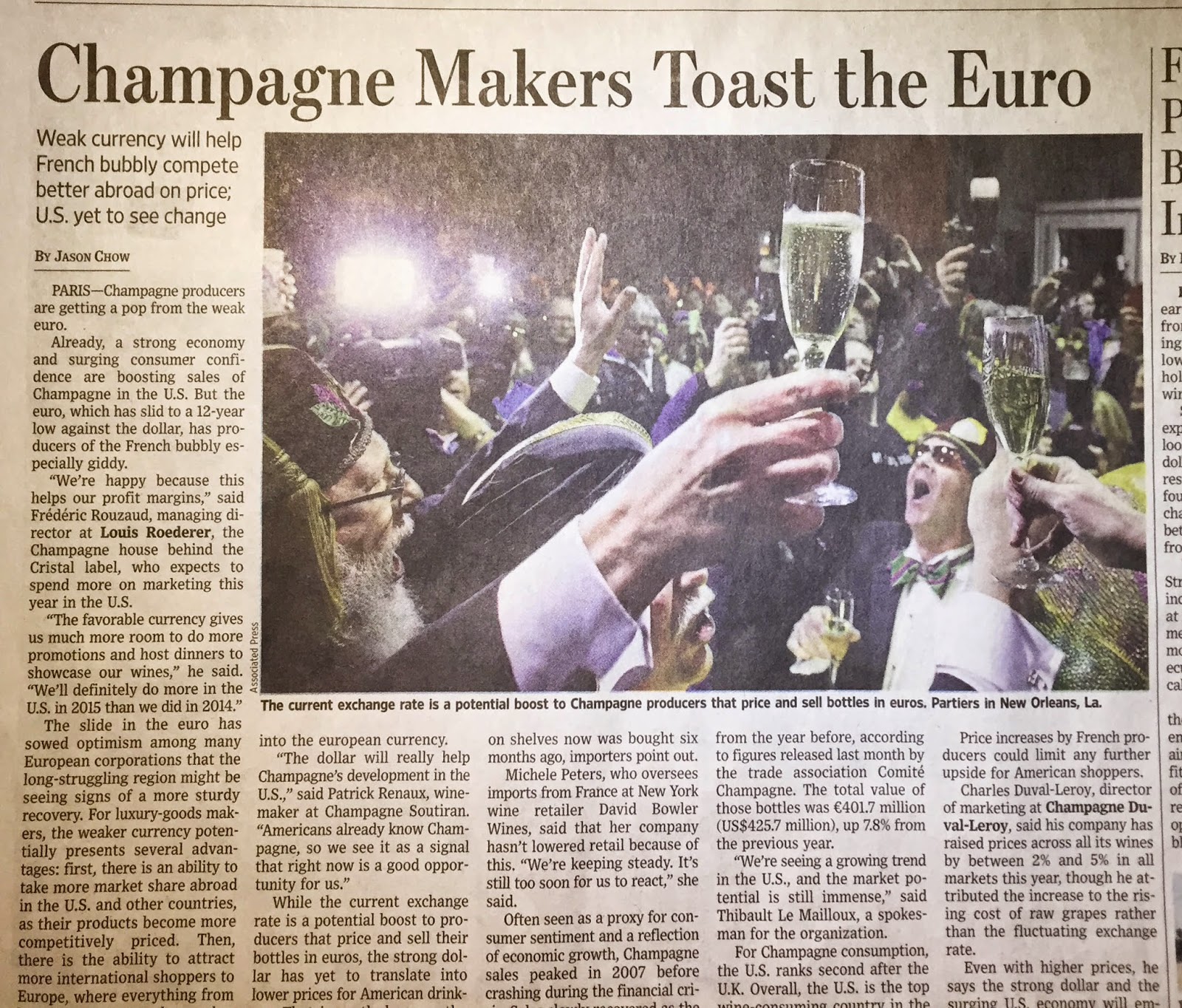 Today’s WSJ  confirmed what took me three months to realize. Cheap champagne is here in the U.S. and here to stay for as long as this anomaly in the Euro continues. Champagne makers are ecstatic, for they are selling more than ever. It’s already evident in how much I have purchased. Since the beginning of the year I have bought more Billecart than the last twenty years combined.

I don’t know how long it will last. In the meanwhile, I’ll fill my flutes and toast on, and hope that Europe’s misfortune, my good fortune and that of  champagne makers lasts as long as possible.

A TALE OF TWO WINE WORLDS