How many of you have come across a bottle of wine with some ornate ribbon on it proclaiming that it won a gold or silver in a wine competition?
Did this impress you?
I recently had a chat with a wine enthusiast who judges in the California State Fair, the most prestigious such competition in our state. It made me realize that after two decades of studying wine I know very little about these events. 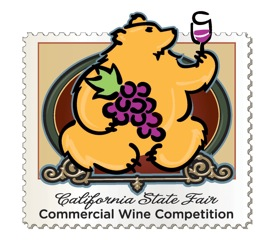 The competition is old, going back to 1855. It takes place every June at Cal Expo, near Sacramento. The affair employs 72 judges who assess wines over three days and award 11 different geographic regions, in  47 varietal categories. In 2015 they tasted 2881 entrants from 743 wineries and awarded 57 Double Golds, 254 Golds and countless Silvers and Bronzes. With so many wines to taste, the judges are subdivided into multiple panels that evaluate within the categories. Despite the division of labor, each judge still tastes 80 to 100 labels a day, each day.
The purpose of the California State Fair is to promote the state’s agricultural products. Wine is one of them. Its organizers take their job seriously. The judges are selected from professional ranks, winemakers, wine writers, promoters, educators and wine service personnel. Every once in a while an amateur also qualifies. My wine enthusiast friend, a geologist by profession, is one such exceptional judge. He told me that it took a special course in Sacramento and a subsequent test, followed by two years of mentorship, rating with a qualified judge, before he was awarded the honor. 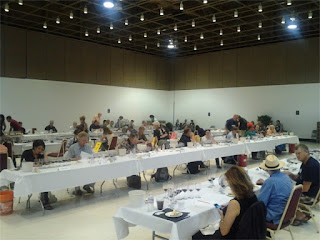 During the competition the panels of judges are blinded. The wines are poured in a separate building and wheeled to them in carts with numbered glasses. The Fair employs over 100 volunteers who serve the judges.  Confidentiality is strict and favoritism is forbidden.
The judges’ assessments involve a classic tasting routine. They silently sample each flight of labels and jot down an award they feel these deserve. Then a group discussion ensues before final award decisions are made. As with all such tastings, sometimes there is remarkable unanimity, but more often opinions differ. On rare occasions, as my friend recounted, the judges are astonished that they were unanimous in giving high honors to a wine considered low class or of ill repute. 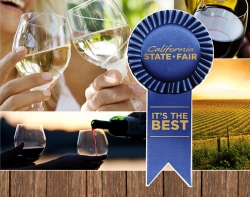 Despite the rigor and hard work, recognition bestowed upon winners by the State Fair don’t seem to resonate much with wine consumers, as do numerical ratings, media mentions, or word of mouth reputations. There are countless other, lesser wine competitions, the results of which are even less highly regarded.
Why?
In my opinion there are several reasons.
To begin with, well known, celebrated labels do not participate in such competitions. They have nothing to gain from a high award and much to lose if they rank poorly.
Then there is the sheer volume of awards bestowed. They dilute the value of words like goldand silver, words we view as unique in other, more popular competitions such as the Olympics.
Finally, consumers sense a bias in such competitions toward promoting lesser known labels, or wines they already have pre-conceived notions about. We wonder if the competitions are rigged. My friend assured me that the judging at the California State Fair is certainly not.
However wineries can game the system in different ways. For instance, a winery that produces a popular bulk product at bargain basement prices has been known to warehouse select batches labelled “For Wine Competitions Only.” You can bet these are not their run of the mill bottlings.
Despite the scant attention they garner from consumers, wine competitions are regular features of the yearly wine calendar. Their staying power, in my opinion, lies in the fact that they offer wineries yet another way to distinguish themselves within a very crowded field. Any kind of attention is better than none.

HOME AND AWAY IN WHITE