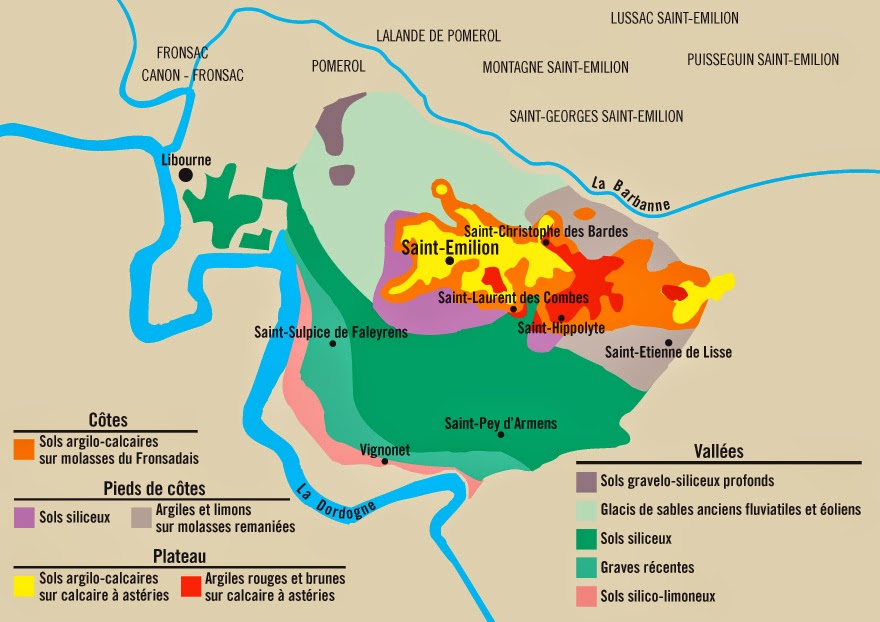 “Bad news,” I said to a friend and fellow Bordeaux-lover, “Larcis Ducasse has been elevated to  Premier Grand Cru Classe status.” It had caught my eye in Wine Spectator where it was mentioned on passing. My friend sighed and nodded in agreement. Here goes another one, we both thought, a gem we had grown to love, that we purchased at reasonable prices, was surely poised for the stratosphere, now that it joined the rarefied circle in which the best of St. Emillion resides.

This wine first caught my fancy with its 1999 vintage which was ready to drink some seven, eight years later, Right Bank wines generally opening-up earlier than their Left Bank brethren. It was a smooth, elegant wine, full bodied yet soft, well balanced with seductive dark cherry, plum fruit upfront, soft tannins and  with food-friendly acid in a blackberry finish. It continued to drink well for several years. I became a fan and continued on with subsequent vintages.

Located near Chateau Pavie, a more renown estate with which it now shares its new status, the land bearing Larcis Ducasse vines have been cultivated for wine since Roman times. Passing through a complex lineage of family since the 19th century, the wines of this property were lackluster in the mid 20th century, improving recently under new management. As with most Right Bank Bordeaux, its composition is in the vicinity of 80% merlot, 20% cabarnet franc (the numbers slightly varying with each vintage).

Excluded from the famous 1855 classification of Bordeaux wines – which apply only to Left Bank Medoc and Graves appellations – St. Emillion struggled to create its own ranking system and eventually came up with one in 1955. It was more flexible than the  rigidly fixed 1855 classification, with a provision for periodic revisions approximately every decade, a wise idea one would think, ensuring more up-to-date quality evaluations. In practical reality the St. Emillion classification proved confusing for consumers, and controversial for winemakers.

To begin with the phrase Grand Cru, so important in nearby Burgundy, is practically meaningless in St. Emillion, any wine made there can have this on their label. Confusing enough!

The elite categories include Grand Cru Classe, of which currently there are 63 labels,and Premiere Grand Cru Classe A & B.These latter ones are the First Growths of St. Emillion. The A group is comprised of four Chareaus including Angelus, Ausone. Cheval Blanc (the wine featured in the movie Sideways) and Pavie. The B group has fifteen labels, now including Larcis Ducasse; other notables are Figeac, Pavie Macquin, Canon La Gaffeliere, Troplong Mondot.

True to original intentions, the St. Emillion classification was revised in 1969, 1986, 1996 and 2006 before the current list of 2012. The 2006 revision in particular became controversial, various excluded wineries initiating lawsuits challenging the legitimacy of this ranking. It never fully took hold, eventually leading to a more firm, less assailable 2012 classification.Currently there is some legal challenge to this as well but it is unlikely to hold.

In the meanwhile, with the exception of avid Right Bank enthusiasts, most wine buyers pay little attention to these rankings, many unaware that any ranking exists at all, and fooled by the meaningless Grand Cru phrase on non-ranked bottles. I too have paid little attention to the classification system when purchasing St. Emillion wines, but managed to steer clear of most Premiere Grand Cru Classe labels, especially from recent vintages, because of their eye popping prices.

This is why I was dismayed with the news that Larcis Ducasse was promoted, well deserved as it was. Still, there are plenty of good St. Emillions to explore, untouched by the spotlight, as there are in the Left Bank excluded by the 1855 list.The hunt goes on, until the spotlight shines on whatever else we discover. In the meanwhile, I have plenty of Larcis, older vintages that I could afford, still left to open.

DISTINCT AMONG THE INDISTINCT WITHIN THE PINOT FAMILY