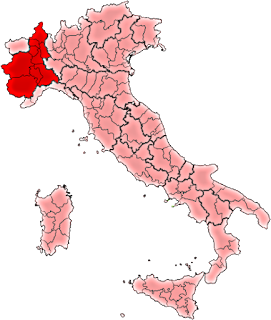 In a recent Friday night tasting we received a special treat. Dr. Browne contributed the bottle you see below, a 1971 Barolo from a well respected wine maker, Conterno. 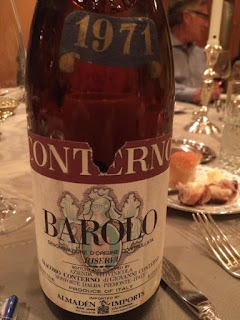 Before it was unveiled, most of us guessed Barolo already. It had an obviously old, earthy nose and was lean on the palate, with lots of acid, and moderate tannins. While not a wine that would endear the hearts of California Cabernet lovers, it was nonetheless grand and, more to the point, alive.

Two weeks later another Conterno appeared, this one contributed by our friend Dr. Padmesh, a 2006. 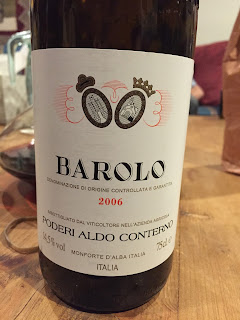 It looked and tasted old, very old.It didn’t have much of a nose, nor did it have any fruit left. It was very light upfront, with moderate tannins in mid phase and lots of acid in finish. We thought maybe an old Burgundy, and not a good one at that.

If the 1971 had aged with grace and unique character, this 2006 had simply faded away, a sick youngster in its deathbed. How could this be? Could the 2006 ruin the good name of a storied Piedmont family?

The answer to the paradox lay in the bottom of the labels. Notice that the 1971 says Giacomo Conterno di Giovanni Conterno, and the 2006, Poderi Aldo Conterno, Giovanni and Aldo brothers. Together they exemplify the so-called “Barolo Wars” between traditionalists and modernists in Piedmont. 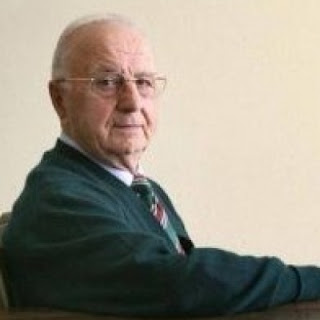 The traditional approach to Barolo making subjects the Nebiollo grape to extended maceration (7-10 weeks) and thus excess tannins, as well as extended aging in large Slovenian wood casks. The result, while initially undrinkable, is an age-worthy wine. It is an Old World trend also notable in other European appellations such as Bordeaux. that imparts high status to such wines and fetches commensurate prices. The original house of Conterno, in bussiness since 1908 became renown for  adherence to such tradition through pioneering patriarchs Giovanni and Giacomo.

Giacomo’s two sons however, parted ways,  Giovanni carrying on the flag and passing it to his own son Roberto, while brother Aldo defected to the modernist camp,  Starting his own wine house in 1969 he adopted their mantra of shorter maceration, small French barrel aging – with resultant vanillin sweetness in the wine –  and malolactic fermentation.  Perhaps Aldo was smitten by California where he briefly lived in the mid-fifties and dreamed of starting a Napa winery.

The split is remarkably similar to the Mondavi family of Napa, also of Italian heritage, with brother Peter maintaining family tradition at Charles Krug while maverick brother Robert founded his eponymous breakaway winery, now more famous. I don’t know whether the break-up of the Conternos involved one brother slapping the other in the face, as Robert famously did.

The “Barolo Wars” do not merely represent differing wine making philosophies. The results have been debated by wine pundits for years and remain controversial. Aldo is considered one of the greatest winemakers of Italy, as are many of his traditionalist comrades on the other side of the fence.

Our experience with the two different wines, anecdotal as it was, clearly favors the traditionalists. For those who wish explore the subject themselves, a word of caution. It requires a deep purse and much patience. Barolo is not cheap in price, nor does it mature fast.