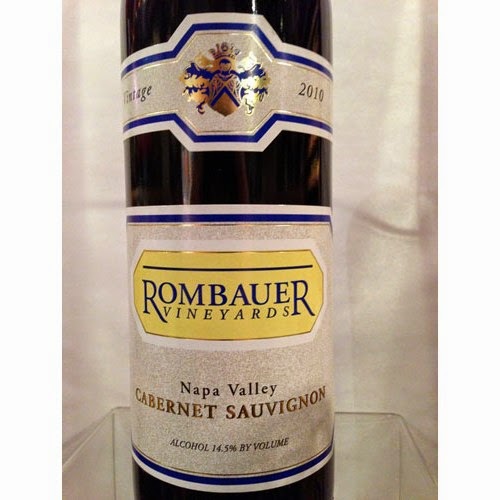 A patient of mine gave me a bottle of Rombauer Cabernet Sauvignon as a Christmas present on the eve of her death. She was a diminutive, late middle-aged lady with a raspy voice and cheerful disposition. Many years earlier I had saved her from certain paralysis of her legs with a spine operation, and she was grateful. Thereafter she saw me regularly for lesser, chronic spine ailments. We became friends. In various office visits we discussed family, photography, wine and, most precious to her, European travel. Then one day she announced that she had cancer. When she told me the extent of it I knew the grim outlook. We both did, but neither of us mentioned it. She remained in good spirits to the end.

I accepted the Rombauer with as much grace as I could muster, successfully hiding my intense dislike of anything Rombauer. The bottle stayed at our kitchen-counter long after she passed away, a pleasant reminder of her, but an awkward conundrum as well. What was I to do with it?

I knew one thing for sure: I was NOT going to drink it.

And so it stayed in my kitchen until next Christmas when I finally hit upon a solution.

Located in the Silverado Trail of the Napa Valley near St. Helena, Rombauer is best known for its Chardonnay and Cabernet that have become immensely popular with wine drinkers who think themselves sophisticated for seeking its wines. Why? I cannot fathom. The wines are clumsy, over-oaked, over-extracted, on the sweet side, and they poorly accompany most meals. In short they exemplify all the wrong that comes out of Napa.

I eventually concluded that Rombauer positioned itself in just a perfect price-point compared to other Napa wines, expensive enough to lure those who think they are splurging on luxury. yet well below the ridiculously eye-popping cost of wines like Opus, Dominus, Rubicon and others. Current releases of Rombauer Chardonnay sell for around $35, Cabernet $50. Rombauer, I concluded, is the new Kendall-Jackson of the 2000’s, the latter having enjoyed a similar popularity in the 1990’s.

My solution to the Rombauer dilemma turned out to be a classic Christmas maneuver. A pleasant retired couple had recently moved-in across the street from my house and, unlike most of my neighbors, they turned out to be friendly, the wife vaguely reminiscent of my late patient. So on Christmas day I ceremonially walked across the street and after getting introduced to their adult children visiting from afar, handed them the Rombauer as a welcome/Merry Christmas present. As  expected they were delighted with the gift and eyed the prized bottle with much admiration.

Glad to be rid of the bottle I returned home relieved but a bit guilty. I resolved that I could honor the memory of my patient without icons.

As the new year began  we had various interactions with the new neighbors culminating in a home-made dinner we served them in our house, complete with a tour of our wine collection. Many months later they reciprocated with an invitation of their own to their house.

And so I walked across the street again, this time with my wife, and for the first time actually saw the interior of their house, having never been invited by the prior owners who lived there for decades. It was a lovely house with an open, airy floor-plan and a modern kitchen with a central island atop which stood several bottles of wine they had selected to serve us. I immediately saw it.

“You gave this to us last Christmas and we have been specially saving it for you, ” said the husband, cheerful and proud.

Stupefied, I exchanged glances with my wife, and then profusely thanked our neighbors in a great thespian feat, for I was also concealing my horror at what stood next to the Cabernet. A Rombauer Chardonnay.

We made pleasant conversation over cheese and artichoke canapes and an Italian Pinot Grigio I had brought over for the occasion, the Rombauer Chardonnay thankfully still corked in the kitchen. We then had grilled steak in their backyard at dusk, sharing the Rombauer Cabernet while the sun set peacefully in the horizon. I didn’t mind the wine and I asked for seconds. It was no longer wine. It had turned into an icon of friendship reincarnated, the only bottle of Rombauer I ever liked.

ST. JAMES & FRENCH SCALLOPS; STORIES FROM A PILGRIMAGE IN SPAIN